The Filthy Lie: Those Evil Nazis were Anti-Christians and Heathens!

The following contribution comes from Wilf Heink who was a contributor to the books “The Union Jackel – England’s Bloody Path to Empire and Downfall” as well as Hitler & Himmler UNCENSORED :

One of the big lies spread about National Socialism is that the so-called “Nazis were anti-Christians and heathens”. But as with everything else told about NS, this is also a filthy lie!  Adolf Hitler is quoted  in the “Table Talks”, discussing religion and bemoaning the fact that “Christianity had sold its soul to Jewry”.  While that book is dubious for a number reasons, there is no “Judeo-Christianity”,  both are separate religions, amalgamated early on in a marriage of purpose, with self-described Jews in control.

It’s no secret that “Yahweh” promised his followers that they will eventually rule the world,  and “Jews”, as they call themselves, are working toward that goal with the unholy Zionists who are now at the forefront. The French Revolution was instigated by Freemasonry, i.e.  Jews, to undermine the Vatican in France. Then came the Bolshevik Revolution, again ‘inspired’ by these self-styled “Jews”, both of them un-Christian revolutions, with Communism programmed to conquer the world for them.

We, therefore, still have this “Judeo-Christianity”, an oxymoron and contradiction in terms, and now those judaized “Christians” are the biggest menace and hindrance to the truth. But Nationalists of all colours, as well as some Revisionists, in spite of all which is known refuse to get the “Jewish monkey” off their backs, convinced that they “serve God”, the father of Christ, when in fact they are praying to Yahweh!

The National Socialists made an effort to establish a German Christian Church, which is just another reason why Hitler had to go and to be perpetually demonized! 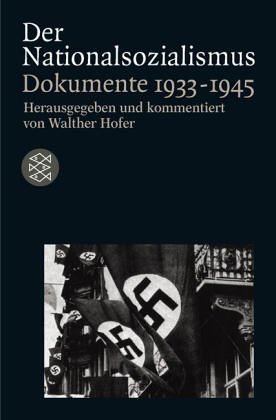 It has some very good material in it!

Regarding Christianity, it states, on pp.131/32 …and please take into consideration that just like bureaucrats, church officials also speak their own language which I am not familiar with either… the following:

[Editor’s note: I found the book title on Amazon.de, as shown left, but it may be an edited / sanitized or propagandized and re-issued version.]

(Translated) The Confession of Faith of German Christians

a) Guidelines for the spiritual movement of German Christians (Movement of the National Church), Thuringia December 11, 1933.

1. We German Christians believe in our Savior Jesus Christ, in the power of his Cross and his Resurrection. His life and death teaches us that struggle along the road is at the same time the path to love and to life.

Through God’s Creation we have been placed into the blood-and-fate community of the German people and because we share that destiny we are responsible for its future. Germany is our purpose, Christ is our strength!

2. Source and Confirmation of our faith are God’s revelations in the Bible and the confirmations of faith by our forbearers.

The New Testament is the holy document of our Savior, our Lord, and of the Kingdom of his Father. The Old Testament is for us an example of Gods way to educate. It is of value for our faith only to make us understand the life of Christ, the Cross and his resurrection.

3. Just like for all peoples, the eternal God has for our people also created a characteristic tenet/law. It became reality in the person of Adolf Hitler and the Nationalist State molded by him.

This tenet/law expresses itself through the history of our people’s blood and soil. To uphold this tenet/law we must be ready to fight for honor and liberty.

4. The way to the fulfillment of this German tenet/law is through the pious/devout German Christian Congregation. Christ rules in it, the Lord, by His grace and mercy. The holy fire of the willingness to make sacrifices burns in it. Christ only speaks through it to the German people – to provide the strength of faith. Out of this Congregation of German Christians the all encompassing “German Christian National Church” must emerge in the Nationalist State of Adolf Hitler.

b) Resolution by the “Religious Movement of German Christians”.

1. We, as National Socialist fighters, are committed to not end a fight for an ideal by agreeing to a foul compromise. For us, the ecclesial-political struggle can only end when the existing mistrust between the clergy and the congregation, born out of the resistance by the majority of priests who either do not understand or oppose us, is eradicated. A lasting peace can only be achieved by replacement or dismissal of all clergy who are not able or willing to participate in the completion of the reform of renewal of our people in the spirit of National Socialism.

2. We will not accept leaders we must reject because we have no faith in their commitment to National Socialism or their belief in a German Church. Religious leadership can in any case only be accepted by us in regards to Church proceedings.

3. We expect that our National Church will implement the Aryan paragraph without delay – as per the resolution of the general synod – and that all alien Evangelical Christians are assembled in special congregations and that a Jewish-Christian Church be established.

4. We request that our National Church, as a German Church, will rid itself of all that is not German in liturgy and confessions, especially as described in the Old Testament and its Jewish monetary morals.

5. We demand that a German Church will proclaim the tidings of joy of a heroic Christ as the basis for its Christianity – free from all the oriental distortions – in which instead of the fragile servant mentality the proud person will take its place, who as a child of God will be committed to Him but also to his own society.

6. We declare that the only true service to God is that to our people, and as God’s fighters we are committed to help build a formidable and truthful national Church to complete Luther’s reformation, to be the only Church for this National Socialist state.

If you want to understand why the “Table Talks” are dubious and unreliable, be sure to download and read this free pdf booklet.

Also please note that “Evangelical” does not equate to the American “evangelical movement”, but simply means Lutheran / Protestant.

The evidence shows that:

Hitler was born and baptized into Catholicism
His attitude towards the Jews came from his Christian background.
His early personal notes shows his interest in religion and Biblical views.
He believed that the Bible represented the history of mankind.
His NSDAP party platform included a section on Positive Christianity
He confessed his Christianity.
He tried to establish a united Reich German Church.
He encouraged National Socialists to worship in Christian churches.
He spoke of his Christian beliefs often in his speeches and proclamations.
His contemporaries, friends, Protestant ministers and Catholics priests, including the Vatican, thought of Hitler as a Christian.
The Catholic Church never excommunicated Hitler and he died a Catholic
He never renounced his faith, nor did he removed Christianity from the NSDAP platform

3 Responses to The Filthy Lie: Those Evil Nazis were Anti-Christians and Heathens!